I discovered the shortlists for the Costa Book Awards about a week ago, in others words, way too late to read much from it before they announce the winners. To my surprise I noticed that I have already read two of the four nominees for the Costa Novel Award, and I own one of the two I haven’t read. I have also, quite coincidentally, recently bought one of the nominees for the Costa First Novel Award, and I found two more as audiobooks. The first audiobook I chose to listen to was The Skylark’s War, and I loved it from the start. 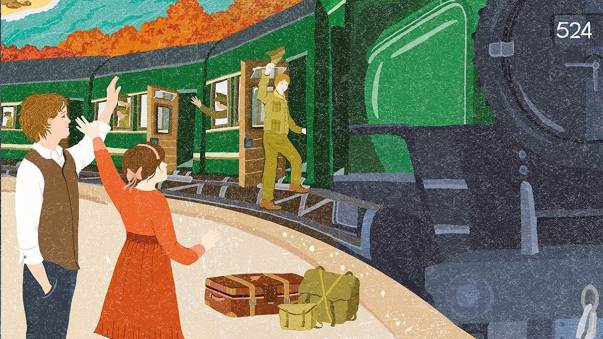 We follow Clarry, a young woman born at the start of the 20th century, from her birth until she is an adult. Her mother dies a few days after giving birth to her, and she is told that she is the reason for her mother’s death. Her father is not very fatherly and tries to convince his parents to take care of both Clarry and her older brother Peter. They refuse, saying that they are old and that it is quite enough for them to be bringing up Rupert, Clarry and Peter’s cousin, but they let the children visit them in Cornwall every summer. At home they are neglected, and as a girl, nothing much is expected of Clarry other than not being a nuisance. Since he is a boy, Peter gets to go to good schools and is expected to get good grades and work hard to one day be able to support a family. Unlike his father, he recognizes Clarry’s intellect, and makes her do his homework with him, making sure she is able to learn and grow, hoping for more for her than to just find a husband who can provide for her. They both live for the summers in Cornwall, when they can do as they please in a lovely environment, and get to spend time with their cousin. Except for Peter, Rupert is the only one who pays any attention to Clarry, so she comes to view Cornwall as a wonderful place where she is loved. As they get older, the reader knows World War I is looming, we know the idyllic summers won’t last, even though the characters don’t.

In a way this seems like a simple story about growing up, the characters discovering who they are and how they want their lives to be. And it is that. But because of the time period it’s set in it is also a harrowing tale of war and how it affects everyone in different ways. Although the start is very sad and there is darkness in the family because of the mother’s death and the father’s detachment, the story seems both charming and in a way innocent, and since it is a children’s novel, it can’t be too graphic or direct. But in classic children’s books charm and sadness often goes hand in hand. When reading this book I was reminded of the atmosphere and the theme of abandonment and loneliness in The Secret Garden and The Little Princess by Frances Hodgson Burnett, and the curiosity and the will to be something more than what’s expected in The Lion, the Witch and the Wardrobe by C. S. Lewis. I even saw a bit of Dickens in this book, with it’s quirky characters and atmospheric descriptions of the lives they were leading.

Clarry has to live with the fact that she robbed her father and brother of her mother. She has to struggle to be seen in a society that normally only cares about what boys and men want. We see her frustrations and we follow her failures and her victories. The author balances this by also giving us the story of Peter and Rupert, two boys who have to struggle to live up to the expectations people have of them, who aren’t really allowed to choose their own paths, and who has to fight hard if they are to control their own lives. Peter is so against the plans made for him at one point that he purposefully hurts himself in order to avoid having to do as he’s told. And it doesn’t even change things for very long. Rupert wants to do his patriotic duty and go to war, but his family is dead set against it. They won’t allow it, but of course, they have limited ways of stopping him. Certain scenes from the war are described in a more gruesome way than I expected in a children’s novel, but it is effective and I think necessary to give a small understanding of what the soldiers went though. Even more important, though, is the descriptions of what the war does to both the ones who fight in it, and the ones standing on the sidelines waiting either for their loved ones to come home, or for a telegram. McKay captures beautifully how it affects different people in different ways, and how damaging it can be for the survivors who have to live with the memories of the dead, of the hunger and pain and strain of being in the trenches.

This was a gorgeous book from start to finish, one I think I would have treasured when I was younger, and that I still treasure as an adult. One I certainly will read again at some point. I listened to the audio version and the reader was also a part of enhancing the reading experience for me, as she was very engaging.